Oh yes! Yesterday was my birthday and was able to do just what I’ve always wanted. It was well spent at the Mount Kilimambogo inside Ol Donyo Sabuk National Park and Fourteen Falls in Thika, Kenya. This was made possible by my best friend Leonard.

Our journey started off at 7:00 am and it took us roughly an hour and a half from Nairobi CBD to the Ol Donyo Sabuk National Park. We were a mix of different people thus getting an opportunity to add more new friends with same passion of nature like ourselves. Three amazing kids accompanied us and they were the flowers of the squad. FYI, these kids made to the summit all by themselves, so it’s never too early to start hiking.  Start modelling the future conservationist from their tender age. 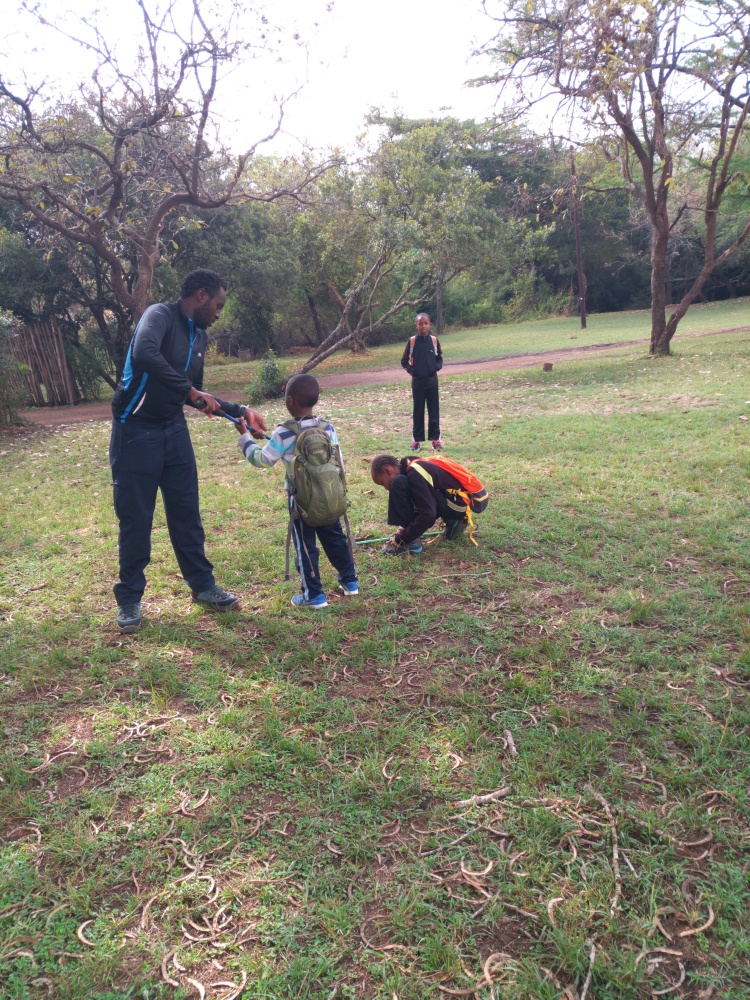 One kid who really caught my heart and very grateful to participate the hike with, was baby Wandai. He was around six years but his soul was that of a grown mature man. He is the one who led us with part of warm up stretching before the hike. He was pretty awesome at it and was just adorable. His dad was the leader of the hike that explains why baby Wandai was already a guru. We need more of baby Wandai out there then wildlife extinction will be something of the past. Yesterday being a Mashujaa (Heroes) day in Kenya, baby Wandai added to my list of heroes I celebrated.

At 9:30 am, we started our hike at mount Kilimambogo after a short brief with the hike team leader. On our way into the park, I was lucky to see agama lizard, red-headed rock lizard. 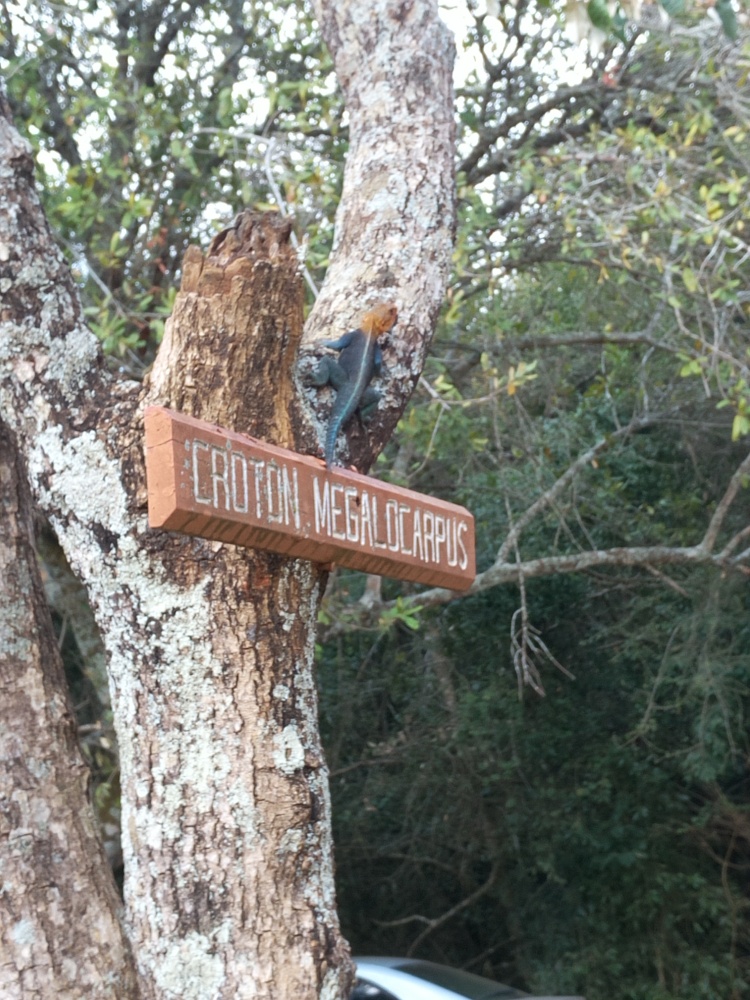 The mount does not start off badly since it’s not steep at the beginning. The vegetation is so densely populated and that’s explained why the animals were not visible despite witnessing their footprints and voices in the forest.

Leonard advised that we ensure that we be in the first or middle group to avoid despairing once the hiking gets tough. For sure that really helped, if you’re a newbie to hiking you can try that trick. Leonard is way more experienced in hiking and Kilimambogo was a walk in the park for me. I will not say the same applied to me. This was my first hiking than I promised myself to fully do it till the peek. Most of my hikes were always done halfway or done via driving so practically they were more of touring than hiking. Being my birthday, I wouldn’t allow any part of me let down the whole of me.

My toughest point was at 3.6 km point to the top. The mountain was much steeper, already very tired, somehow felt like I was dragging my friend behind, my legs were literally feeling very heavy though the weather was very cool with minimal sunshine. Funny thing is that I even though that my fingers were expanding and even my watch and bracelet were too heavy to wear. Leonard was very supportive and encouraging, I was almost giving up but he helped me push myself more. He is the best partner for a newbie hiker. Thanks a lot friend, I wouldn’t have completed the hike without your support.

Along the way we also visited the graves for Lord Macmillan and his dog. They were several campsites at the mountain and maybe next time I can try camping there. The atmosphere is filled with fresh air, bird’s songs and monkey chatting. There’s minimal vehicle presence and that’s explain why the vegetation and road were still in good conditions. That’s a plus to conservation good status of the Ol Donyo Sabuk National Park.

When we reached 4.6 km point, my body got rejuvenated and I agreed with my friend that all was in my head. It was the finishing line and yes, I made it to the summit. It was the best feeling ever. The peak welcomed us at 12:00 noon. My voice was back and I could laugh together with the rest who had arrived before us. We joked on how the hike was and the tsetse fly attack along the way.

We spent some quality time at the peak while taking lunch and waiting for the other team members to arrive. We connected and shared light moments. We also shared concern on how we usually end up littering our conservation areas and what should been done to curb there. It was the best conservation, I felt connected in company of a squad that shared my passion for conservation.

It was time to head back to the base and this was much easier except the steep places where I slide and sat down several times. My choice for shoes was not very correct. The trip took few hours and this time round I was in the first team to reach the base.

We rested and was joined by our cousins, the monkeys. The vervet monkeys were in large number at the resting area and they shortly enjoyed us. We played with them and did some photography, they seemed to enjoy everything. They were so adorable.

Finally everyone made to the base and we repeated the stretching warm up before head to fourteen falls. Baby Wandai did his thing and as you imagine, it was the best part.

At the Fourteen falls, it’s was just a by the way visit. We headed inside the the fall for a few minutes, took some photos and we were done. We joined by an old man who was very funny, he entertained us with some jokes and played his guitar for us. In the midst of his jokes, he also gave us pretty awesome advises for a successful life.

We made our way back to the Nairobi CBD at 7:00 pm, said our goodbye and hoping to meet soon in the future hikes to come.

My birthday wrapped up with a delicious dinner enjoying the aerial view scenes of the city. It could not get any better. It was just one of my best birthday ever, doing what I love, accompanied with friends of same perception, new amazing friends, among others. Lots of love and kissing to everyone who made my birthday awesome.

Cheers and do have a beautiful weekend. 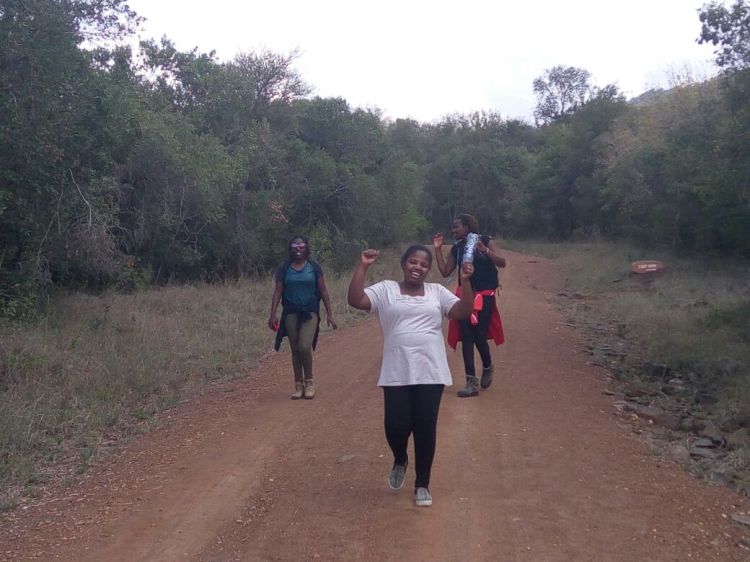 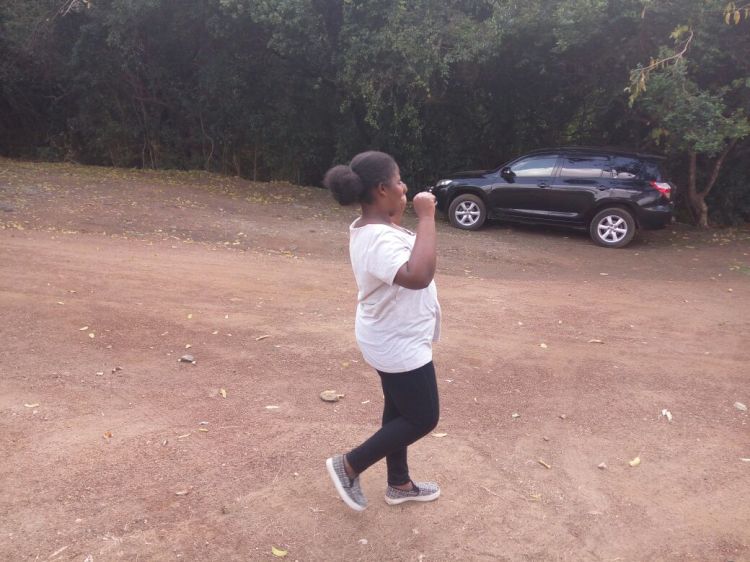 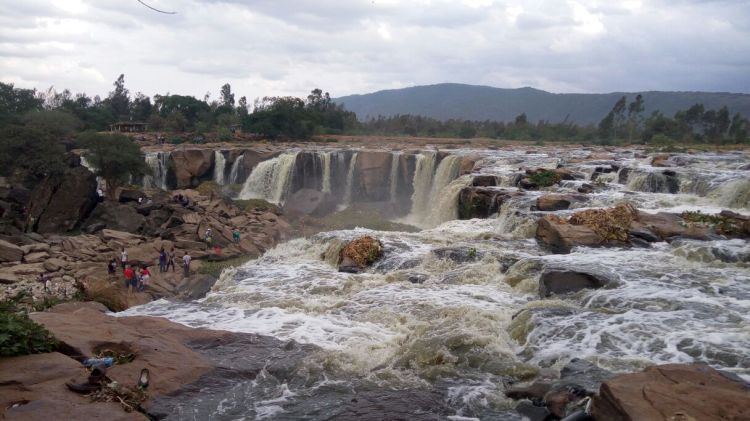 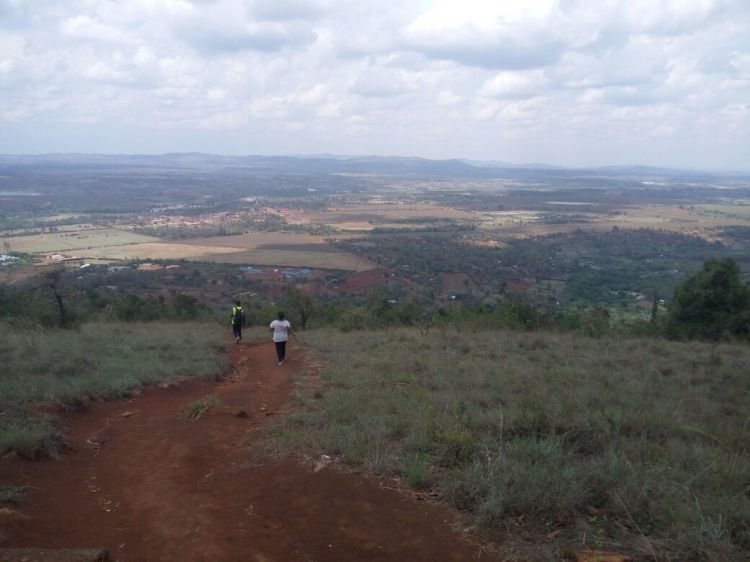 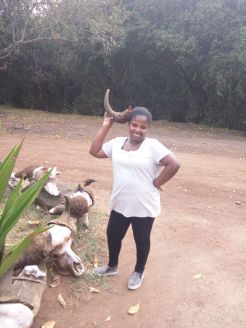 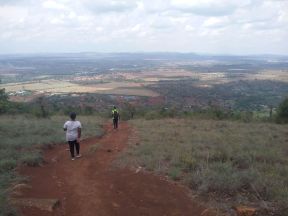 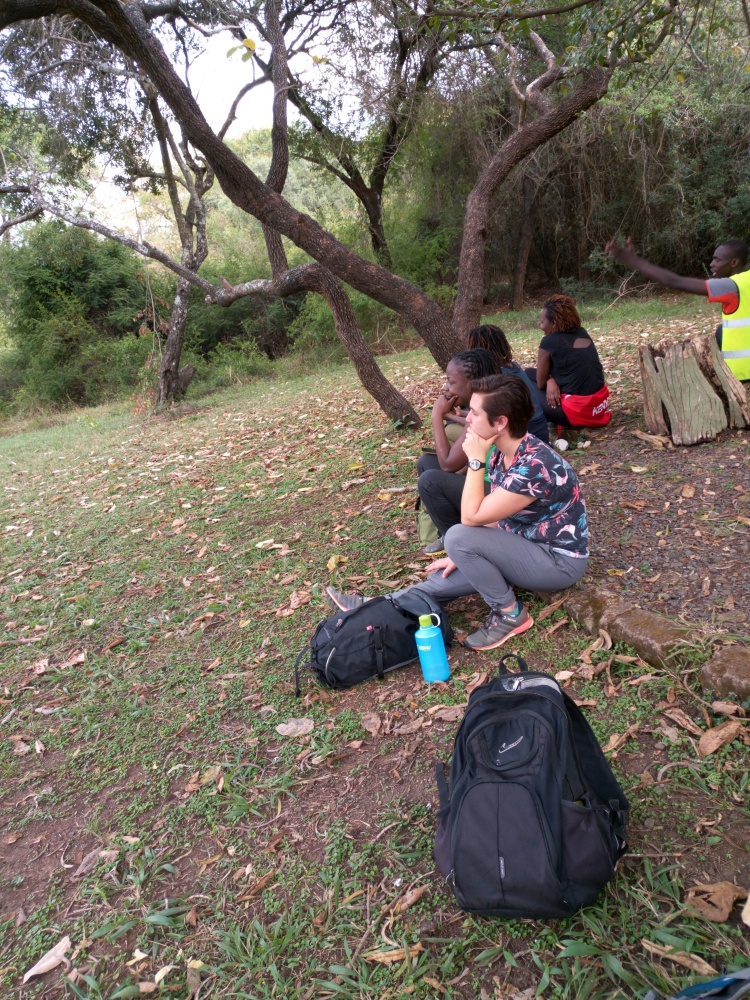 Article Writer and Blogger I am blogger , proof reader, writer and copy writer with a Bachelor degree and three years of experience. I write easy to read articles with excellent English and zero grammatical error. Articles that are creative and deliver the inteneded message . I do intense research while writing the articles. I always deliver my work on time and adhere to the timelines given. Always online hence able to start working on your piece as soon as your hire me. I work in real time. Nature Conservationist Passionate about nature conservation education and awareness. I believe that our existence depends on the mother nature. I am also have skills in researching and have managed to publish my own article on the effects of the exotic plants species on the indigenous plants in the Arid lands of Kenya. View more posts

This site uses Akismet to reduce spam. Learn how your comment data is processed.